Our Posture based on the French Spirit in daily life

Not only Paris and the image of the Eiffel Tower

INCLUDE & GIVE A CHANCE

Outsiders stuck in their life or feeling useless in today’s society, Retired, Jobless …

WHATEVER HAPPENS TO YOU IN LIFE
As difficult as it might be
– Never give up, never shy away –
– Keep on moving, even backward –
– Keep on trying everyday –

UNTIL YOU ACHIEVE
What you want
At the envoy’s end

To this regard, it is a posture claiming a certain number of timeless values, specific to the French approach and its particularism, according to us.

The indefectible will – not to shy away when facing an arduous situation, to not give up without sacrifying the most important, our elegance – is the gist of it.

And elegance, is not to be understood in a narrow sense as a physical or aesthetical appearance but rather as designating the attitude adopted in our actions or interactions with others.

Jus soli and jus sanguinis, are not here concerned – nothing nationalistic then – as this is a framework of values that can be shared and adopted by all lovers of French culture and lifestyle.

By trying to put words to our ideas, we have handpicked the most suitable ones to qualify this French particularism – obviously the list could even be extended beyond – borrowing all their power :

Old French word derived from “Touche”, “La Tousche” is borrowed from the vocabulary of Fencing which, before being an hobby, a sport or even an art, was originally a necessity, a mean of survival, depending on handling capabilities of duelists facing each other.

The “Tousche”  is both, a contact input with something or someone (as well physical as emotional) and an achievement. The achievement  of a work of skill, finesse, coordination of movements, speed of operation and quick information processing.

Because the French were the first to write fencing treaties, it is still one of the unique sports where French is the official language for international meetings.

To touch minds arousing emotion has always been one of the major missions of French writers. From this ability to transfigure physical action, by infusing radiance and emotion, French literature has gained influence and admiration,  through Alexander Dumas and his Three Musketeers or the famous tirades declaimed by Cyrano  de Bergerac (quoting only these two):

« I gaily doff my beaver low,  And, freeing hand and heel,  My heavy mantle off I throw,  And I draw my polished steel.  Graceful as Phoebus, round I wheel, Alert as Scaramouche,  A word in your ear, Sir Spark, I steal,  At the envoi’s end, [La Tousche] ! »

This flamboyant personage borrowed from reality by Edmond Rostand, as well as its brilliant inspirer, the too little known Hercule Savinien Cyrano de Begerac (free-thinker) are both, models of merit regarding our philosophy, as by being repeatedly fobbed off they revealed their true nature of heroes in the face of adversity.

« A gentleman is not French, not German, not Spanish, he is a world citizen, and his motherland is everywhere. »

Like a « Code of Honour », as was customary, here are listed the 5 ELEMENTS that define our DNA:
INTERGENERATION
An Intergenerational brand transmitting a lifestyle from one generation to another
“Inadequate understanding is no better than pure ignorance”
– The Code
OLDISHISM
A brand that wants to give back its former glory to old people

“If Youth could know, if Old Age could do”

“The Future is no more than present to put in order. You do not have to plan it, just to make it possible” 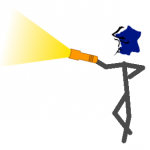